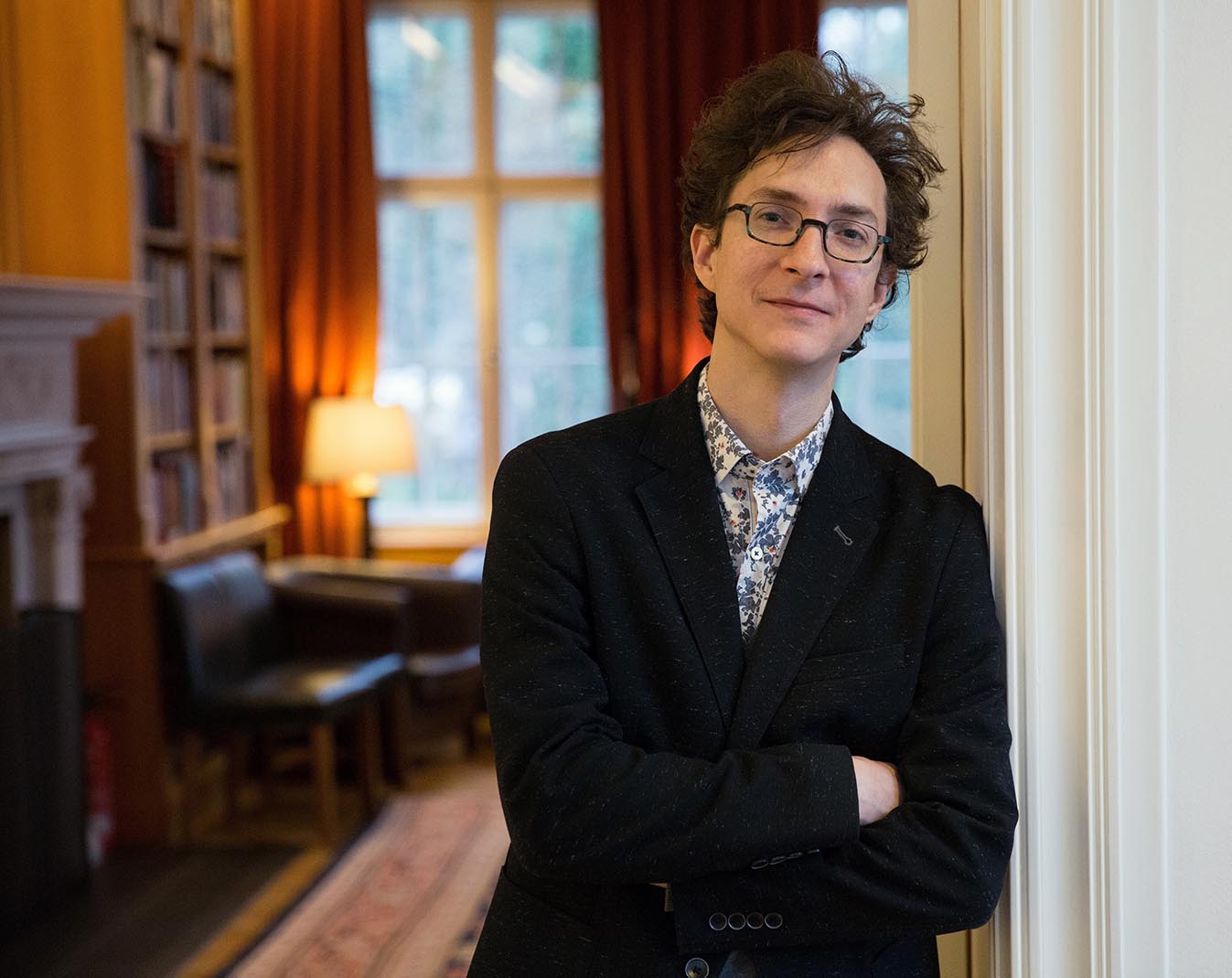 Andrew Hicks studies the unlikely but fascinating intersections of music theory, philosophy, and cosmology. Hans Bethe, upon receiving the Nobel Prize in Physics (1967), began his Nobel Lecture, "From time immemorial people must have been curious to know what keeps the sun shining." The ancient and medieval physicists whose writings Prof. Hicks studies were fascinated by this and other fundamental questions about the cosmos.

But unlike the universe revealed by Hans Bethe's pioneering research, the universe that Prof. Hicks knows best is geocentric and built not from subatomic particles, but from the harmony of the four elements: earth, water, air, and fire. Prof. Hicks' last book was about harmony in medieval cosmology, and his next project explores music and listening in medieval Persian literature and philosophy. He also edits and translates Latin texts on philosophy (Eriugena), mathematics (Boethius), grammar (William of Conches), and music notation (primarily from the thirteenth and fourteenth centuries).

"Dead" languages, especially Latin, have been Prof. Hicks' life-long passion -- he even met his wife, Kelli Carr, in a Medieval Latin seminar at the University of Toronto, where he received his Ph.D. in Medieval Studies (2011). He is also a recovering jazz and classical pianist (with an undergraduate degree in Piano Performance), although his glory days of playing in a cover band that once opened for Lonestar (remember them?) are long over.